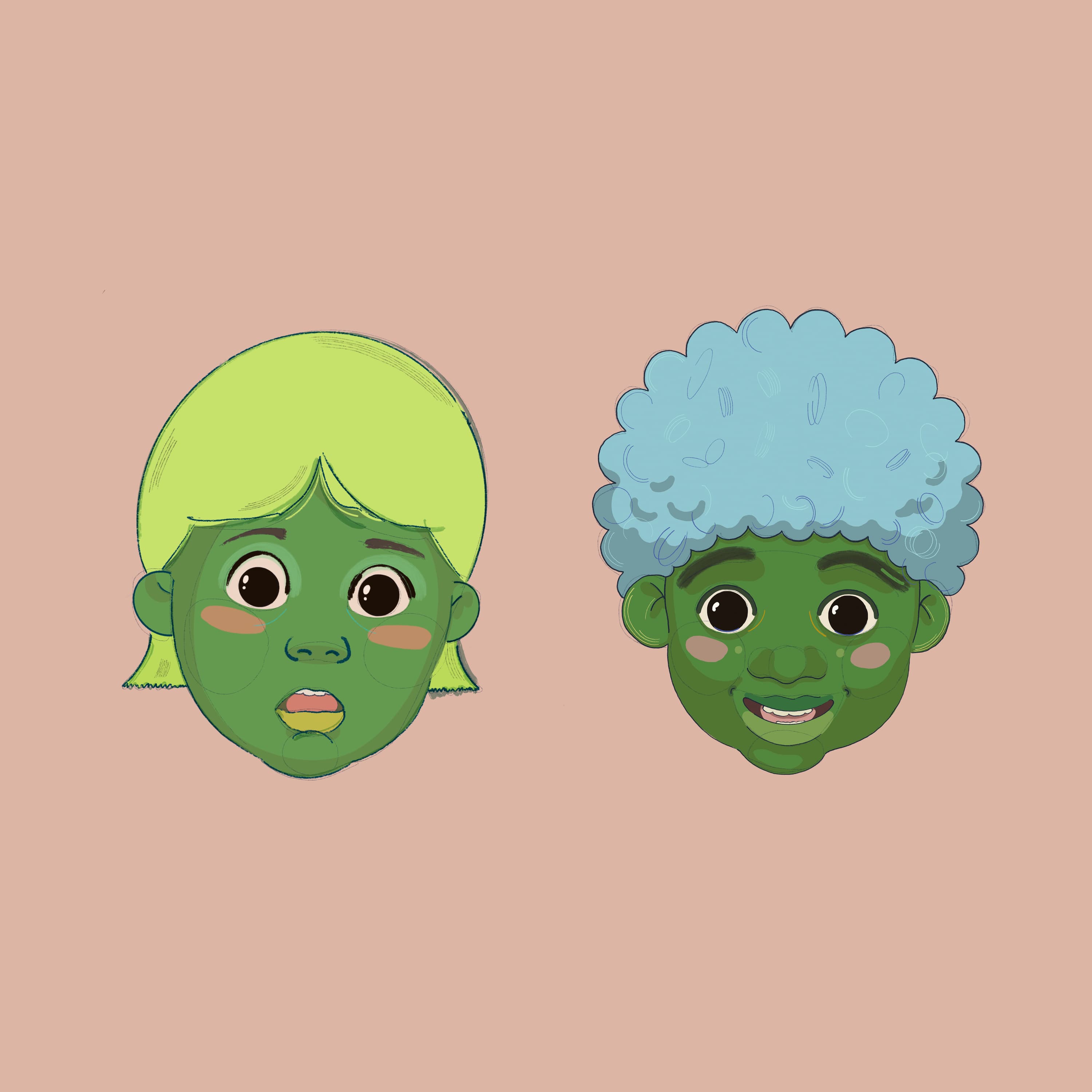 ‘SON’ was recorded in London and Freetown between 2019-21. Inspired by the pair’s shared love of choral music, it began as an experiment to explore playing with the voice in more creative ways, using layered vocals as an instrument following piano harmony, arrangement and sampling.

The project started in London with the title track and became a story about a world in which we hide our true ‘colours’ in order to fit in. A mother tells her son that he needs to fit in to survive before realising that she is following the same tropes passed on to her as a child.

Following this realisation she encourages her son to protect his dreams and not to listen to anybody telling him he can’t be whatever he chooses. Rosie joined Duval for a week in Freetown in February 2020 where they wrote the rest of the project, bringing friends Daniel Koroma, Kandeh Bangura, Valentine Coker, Chino Greene and Tom Herbert in for musical contributions. 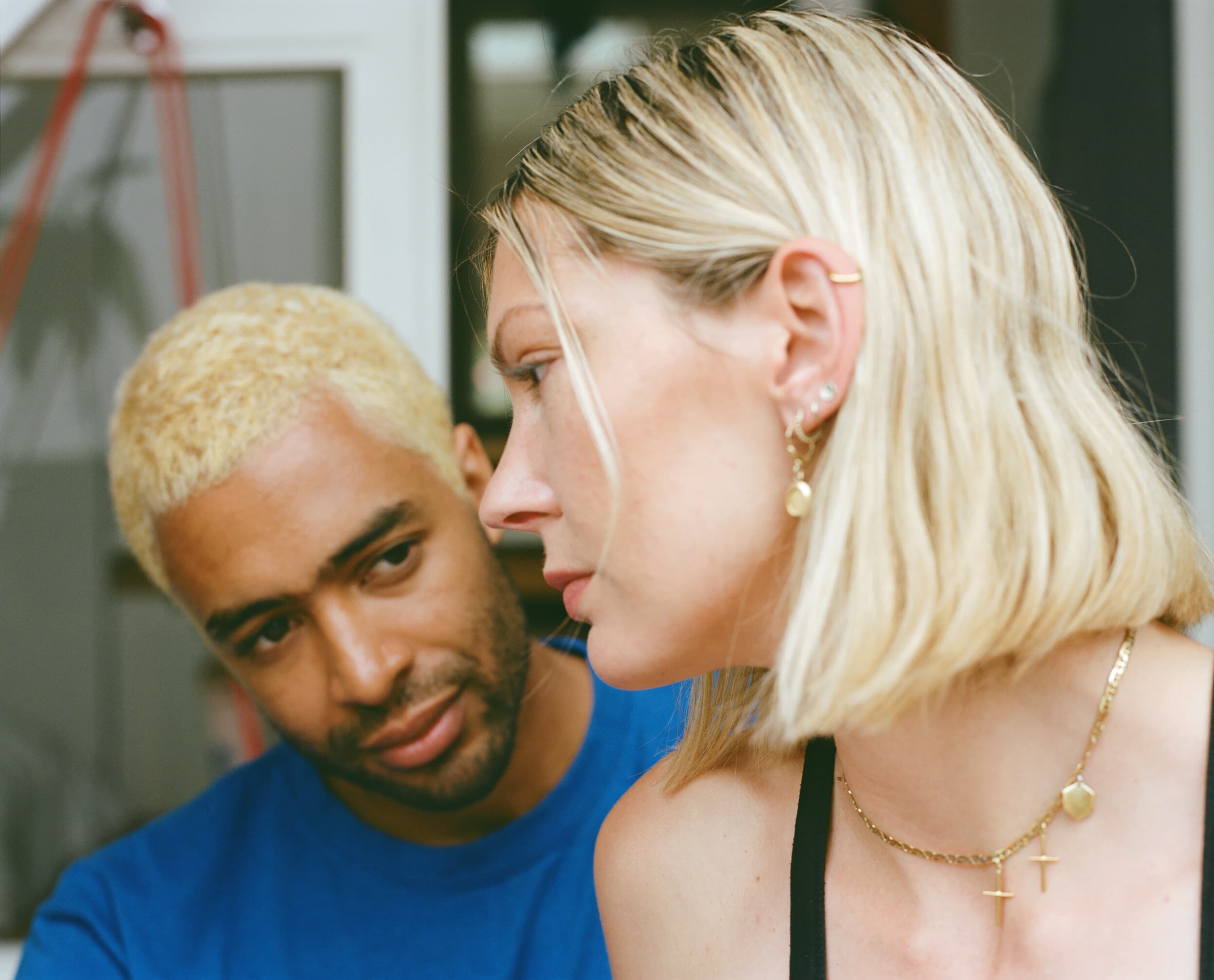 Rosie Lowe is a singer, songwriter, producer and multi-instrumentalist based in London. She has released two albums to date; Control (2016) and YU (2019) and recently released a mixtape of self-produced demos entitled Now, You Know. Impossible to pin-down musically, Rosie has performed live with Sir Elton John, been sampled by Future & Juice WRLD and collaborated with rapper Jay Electronica and electronic artist Falty DL amongst many others.

Duval Timothy is a multi-disciplinary artist whose work spans painting, music, photography, sculpture, design, food, video and textiles. Currently based between London, UK and Freetown, Sierra Leone - Duval has released four albums to-date; Brown Loop (2016), Sen Am (2017), 2 Sim (2018) and Help (2020), all via Carrying Colour - his independent record label and lifestyle brand through which he seeks to explore colour both in the sense of chromatics and identity, themes that unify his creative practice.

Julianknxxx is an interdisciplinary poet, visual artist and filmmaker, born in Sierra Leone, now based in London. In June 2021 he was asked by Rosie and Duval to respond to their forthcoming release, the result of which is presented alongside today’s release. 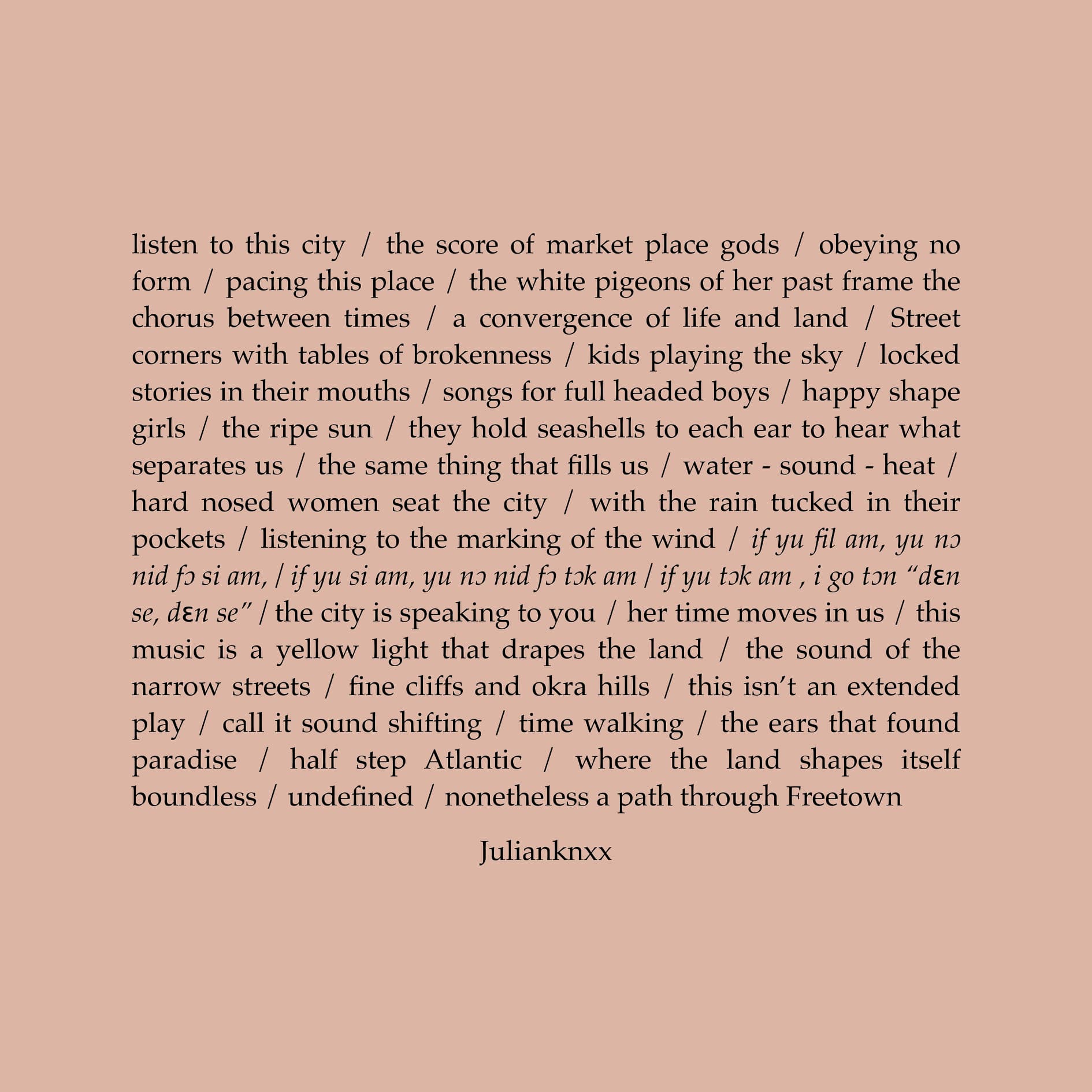