Refraction is a two-week festival celebrating electronic music, visual art and internet culture. The festival has been hosted across international online platforms, including (obviously) Worldwide FM along with Contact, Crack, FACT, MUTEK, and Public Access. After this year’s festival season was cancelled, it’s refreshing to see an online festival that doesn’t feel like a shadow of it’s former self — Refraction was built from scratch for this exact situation. I spoke with Malcolm Levy, curator and director of the festival, about how it all came together.

“At a high level of any institutional funding there have been conditions set as to what’s considered ‘art’ that were created in a model of privilege. It’s so obvious.”
Malcolm Levy 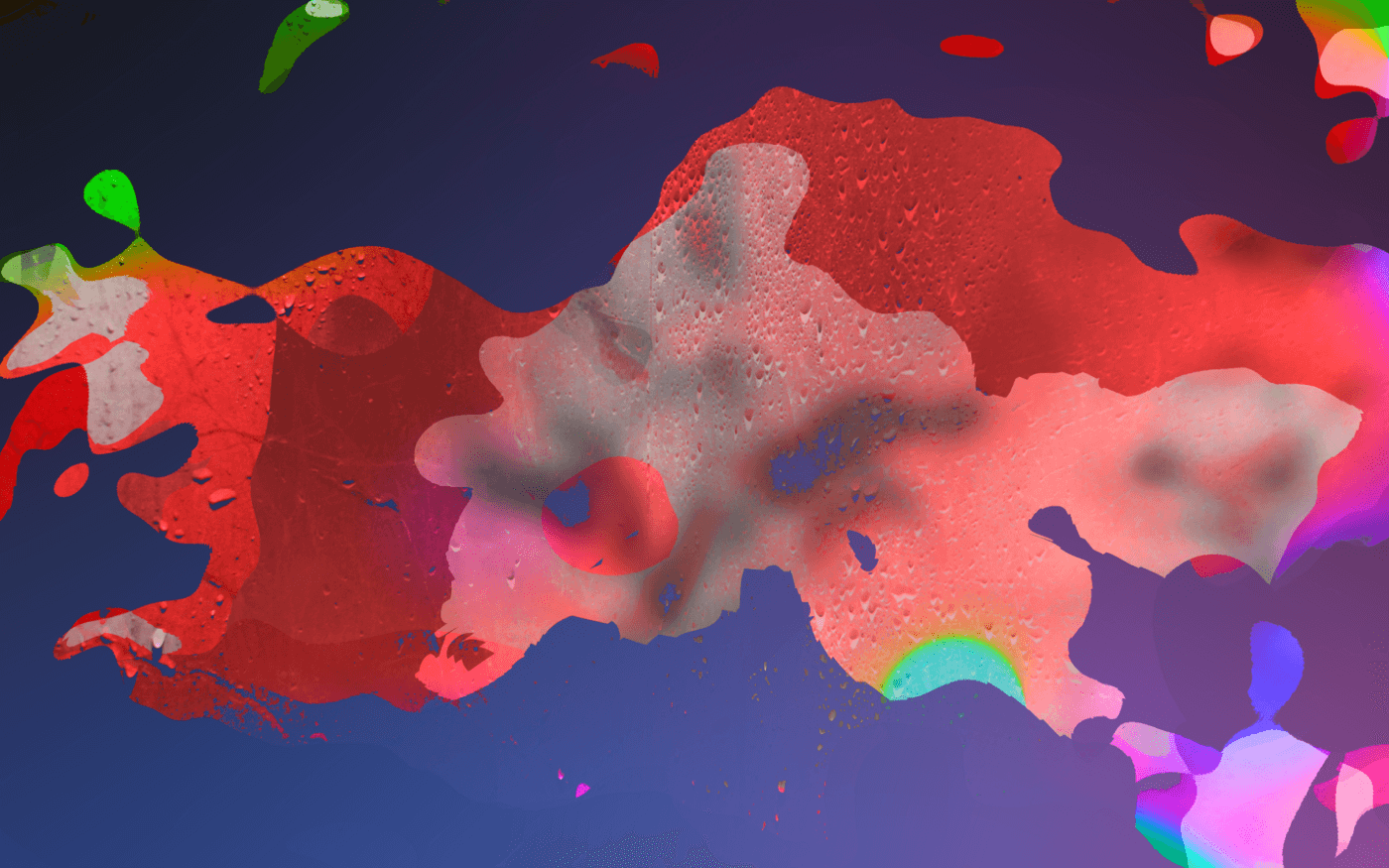 It’s clear from our discussion, which took place over Zoom, that it’s very important to the team at Refraction to support artist agency, giving them complete control over their artistic process (“We just let artists go and give them their agency. It’s all about what the artists are saying and how they’re experiencing time, how they’re experiencing history right now.”) and remunerating them appropriately. This is especially important in the current climate, as many artists currently have power over their career and their financial incomes diminished by the COVID situation. The opportunity to pay artists in this uncertain time was a driving force behind the immediacy of creating the festival, which was only conceived in February. Levy says: “Artists are quarantined, that’s a really complex thing that’s happening. I always pay artists fees to do work (that’s what I believe in and always have).” The theme of agency and proper payment is also key in Levy’s past work with New Forms. He was directing and curating the festival for 18 years, and for the past two or three years has been working on readying the team for a handover to the new generation. He says: “It’s crazy to build something and be able to hand it over like that”. Now he advises on the board, and gives the new team the freedom to control programming and creative direction.

After such a long time concentrating on the Vancouver scene whilst building New Forms, Levy has laid the foundations for an equally successful and deep exploration of the city’s musical offerings in Refraction. The festival in many way feels global, what with the variety of media platforms it partnered with, but the programming concentrates on the rich Vancouver scene, with artists based in or from Vancouver taking up much of the space. Levy says: “Of the Vancouver artists, 25% still live in Vancouver (others live in Berlin, Montreal, New York). But they’re all part of what happened in Vancouver, that’s my local to global.” Vancouver to the world! With the programming relating to other parts of the globe, these artists were selected for both for their quality of work, but also with their alignment to what Vancouver’s electronic collectives represent, and the ideals of artistic freedom and expression held by Refraction. Levy says: “I reached out to other artists that relate to what we do but in other places, like Tokyo. Right now, I think Tokyo is one of the most interesting spaces that talks about what’s happening — it’s really authentic and real.” 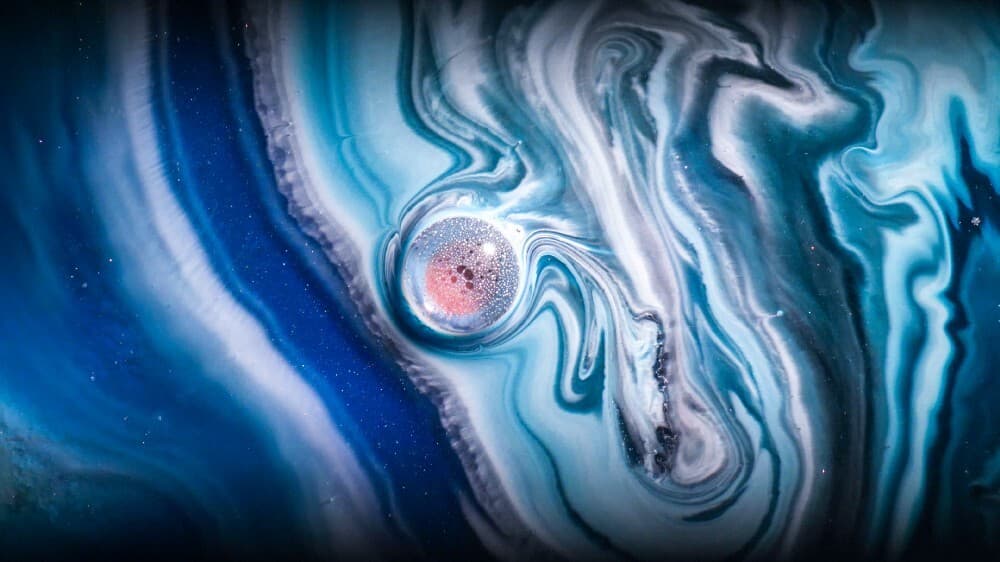 A visual excerpt from Akiko Nakayama in performance 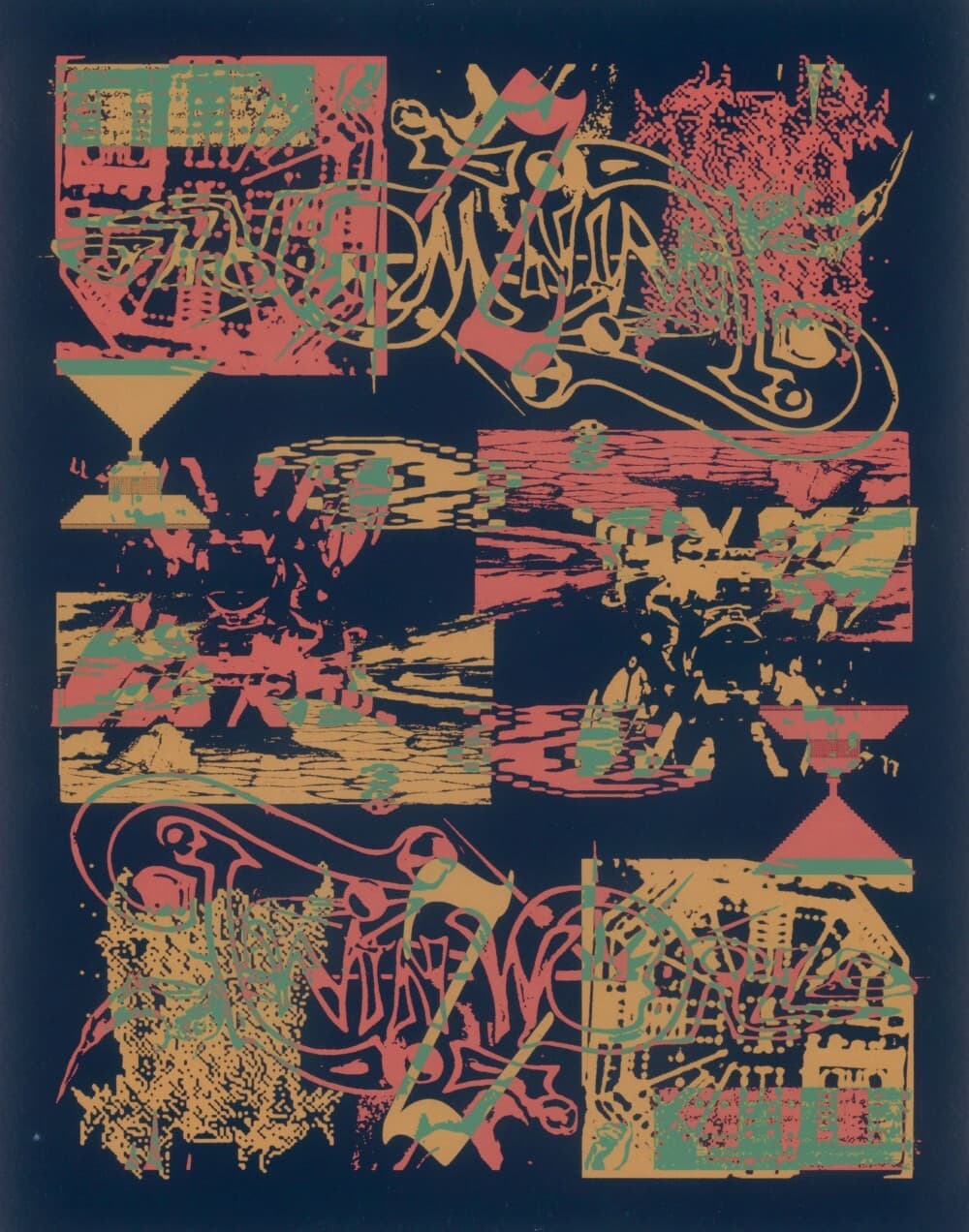 Refraction’s Tokyo representative, Akiko Nakayama, was broadcast through Worldwide FM (here). The kaleidoscopic visual melted and changed along with Nakayama’s experimental soundtrack, meant to represent the natural growth, change and life cycle of all things on earth.

Along with Nakayama’s work, we hosted performances from Pacific Rhythm, a label which started as a way to showcase young dance music producers from Vancouver, very much on the grassroots side of Refraction’s programming, focusing on up and coming, young Vancouver talent. In recent years they have collaborated with the Vancouver-based illustrator and artist deep.gnome (pictured to develop the label’s visual narrative. This performance was part of that ongoing exploration and featured unreleased and forthcoming material from the Pacific Rhythm catalog, listen here.

We also hosted a performance from Mood Hut. Mood Hut are one of the pivotal crews in today’s dance music scene. Starting out as an self-titled intimate loft party in Vancouver’s Chinatown, they developed a sound that became associated with their city. Their visual style, with record artwork and imagery inspired by classic ’90s rave flyers, has become an aesthetic all of its own, propelling the group to even higher heights with a new emphasis on audiovisual performances, which is what we saw here.

Unfortunately, for many cities around the world, the electro-acoustic/experimental scene is quite heavily dominated by academic institutions. Whether it be that many of the musicians are MA, MMus or PhD students, or that arts grants are all provided by institutions making life as an independent experimental musician (where gigs bring small crowds and are never in abundance) difficult, or indeed that the entire framework of what is accepted as “art” is dictated by said institutions. Levy says: “It goes beyond just academia. The reality is that at a high level of any institutional funding that there have been conditions set as to what’s considered ‘art’ that were created in a model of privilege. This is not a topic for debate, it’s so obvious. I’ve experienced this, I’ve seen it, it’s real.” The idea that institutionalised grants brings up questions regarding how equally these are available to artists from different economic and social backgrounds. Levy jumps on this without prompt: “An artist might come from Detroit or Chicago, in a certain history, doing things that influence millions of people around the world. If you put their grant against a grant that’s written from an academic contextual framework, almost always that one is the one that’s funded. I steadfastly believe that this is wrong and ridiculous. Their work is good, but it’s only one part of a much larger ecosystem.”

“I have such faith in the artists and what they’re going to create — it’s really important it comes from them. It’s important that artists have agency.”
Malcolm Levy

When faced with intrinsic inequality in the electro-acoustic, audiovisual art and experimental scenes, the role of the curator is crucial. Not only to navigate and disrupt this pattern of privilege, but to make creators feel like they are in a space where their work will be celebrated for what it is, not for its adherence to a larger framework. Levy is hopeful of the way the role of the curator is changing. He says: ‘Now you have curators as curators, curators as artists, artists as curators, writers as curators, curators as writers. It’s not just this one thing, it’s not institutionalised.’ He characterises the aforementioned frameworks of academia as curating with a capital C, which would involve actively imposing your own beliefs of what is and isn’t art with a capital A, and maintaining a level of control over how commissions are shaped. With Refraction, this notion is thrown violently from a fifth story window: “I don’t curate with a capital C. I think the work can speak for itself. Too many times people take credit for things that aren’t theirs. There’s been a framework, similar to the one around academia, around the capital C curator which is bullshit.” Hear hear!

One of the key aspects that make Refraction Festival special is the no-pressure approach to streaming. Whereas many other festivals have used a live stream-and-its-gone model to promote a feeling of liveness and togetherness online, Refractions chose to go a different way. Levy said the decision stemmed from “this major issue that a person could be out at a park enjoying fresh air for the first time in a couple of months, having that first patio beer, or sleeping if they’re in a different timezone. There are so many reasons why the live stream framework didn’t make sense. This way you get to watch them for a while, it’s not disappeared.” Due to this, all the performances are still happily chilling out on the Refractions website waiting to be perceived. You can check the Worldwide FM pieces here, and the rest of Refraction’s programming through their website.

The future of Refraction Festival, as with many other creative endeavours at the moment, is as yet unclear. But the outlook is hopeful: “We’re gonna do it in Toronto as a festival, like an outdoor festival in Toronto. That’s the intention, we were already kinda talking about that, but we don’t know what’s gonna go on in the world a year from now.” Very true.