The Importance of Small Cities within the UK Music Scene

DJ Rebecca Vasmant of WW Glasgow explores the struggles of smaller cities in a London-centric UK scene. This ethos of inclusivity and platforming non-London voices has been at the crux of Vasmant’s WW Glasgow programming for the past three years. 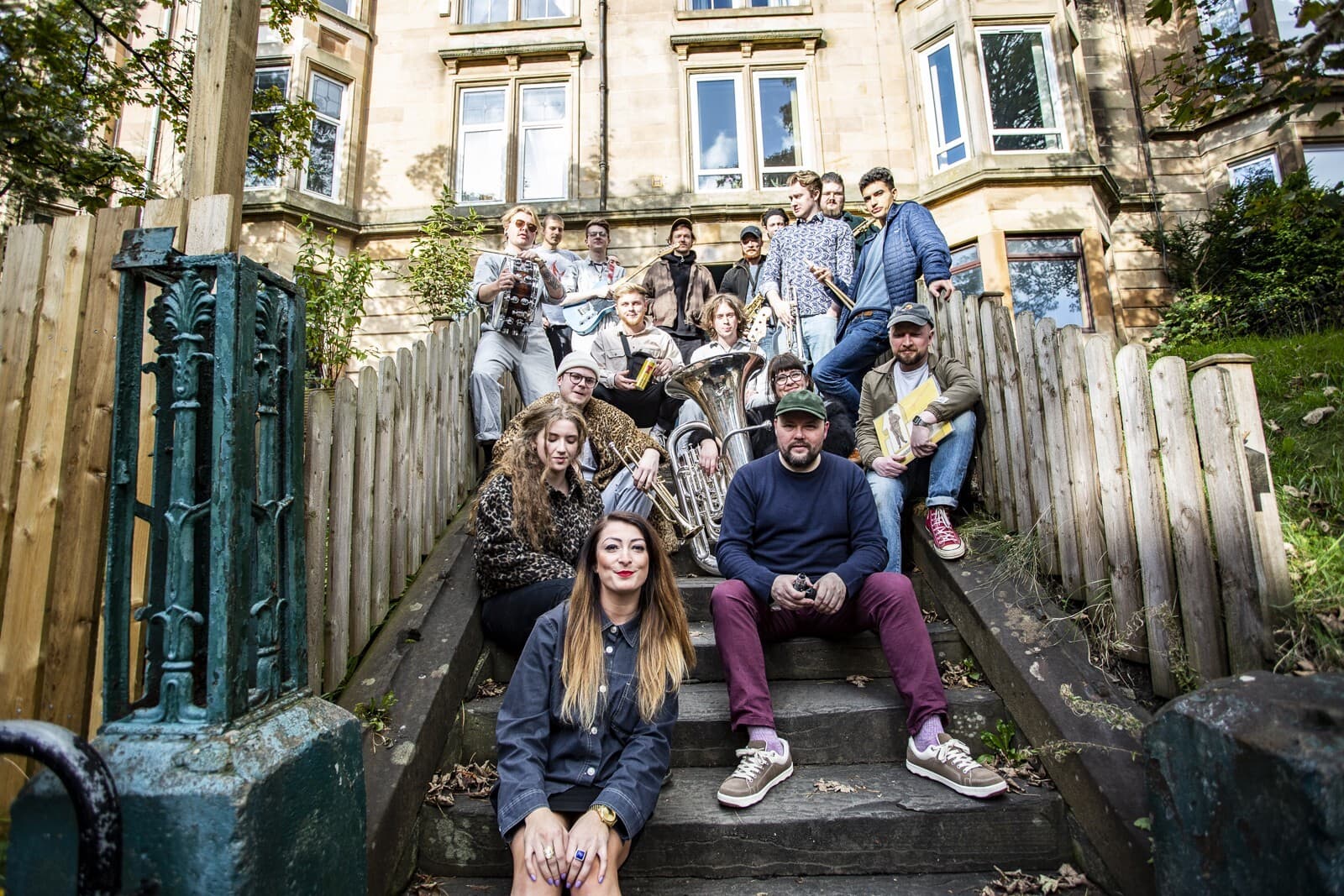 There is a lot to be said for the crazy, exciting changes we are experiencing concerning jazz in the UK. I remember a time, not too long ago, when as a DJ playing in clubs and festivals it was near impossible to play a straight-up jazz dance record without emptying the dance floor. A time when the thought of playing a record of that style, one that had only just been released, seemed like something only possible in my wildest dreams. Now it’s reality. We are at a hugely exciting point where it is accepted to play jazz, Afrobeat, Latin, and people, young people even, are open and receptive to it. I cannot tell all of you how long I have wished and waited for us to be at this point, and now we are here it is really, really amazing.

For the past twelve years, I have had the pleasure of living in Glasgow, a city with a rich and diverse music scene. Whether you’re into traditional Scottish music, jazz, indie, techno or disco, there is always something for everyone. Before coronavirus, every weekend sported an array of clubs booking both local and international talent. Sometimes, there was so much choice that club-hopping was a necessity — I’d go to three clubs in one night because Moodyman was playing at one venue, Jeff Parker another and DJ Harvey elsewhere. It really is a hugely exciting city musically; it seems to constantly change and evolve. 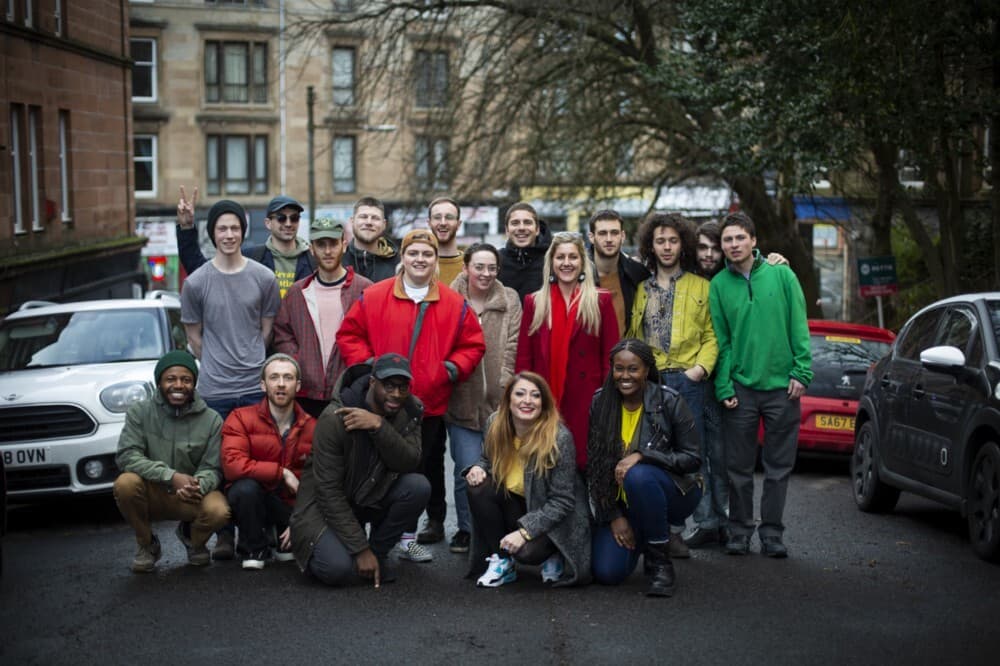 Perhaps this is because there is something about a Glasgow crowd. Many international artists cite Glasgow amongst their favourite crowds to play to in the world. Having experienced the raw energy myself as a DJ, I would have to say that I agree. There is something really special about the nightlife here that makes it completely incomparable.

With so many key moments of UK musical history having happened here in Glasgow — Soma Records discovered and released the first Daft Punk record, King Tuts led to the accidental signing of Oasis after Creation Records boss Alan McGee turned up to the venue 1993 and stumbled across them playing a set, signing them immediately, many electronic artists have passed through iconic venues such as Sub Club, SWG3 and Berkeley suite — the city seems to have an endless amount of musical richness, both past and present. As the UK’s first UNESCO City of Music and UK’s top cultural and creative city (European Commission 2019), it is no surprise that Glasgow’s vibrant music scene is considered one of the best in the UK. We have one of the finest conservatoires in the world, as well as classical and jazz orchestras that tour the world regularly. This is all in addition to our traditional scene, which is strong as ever and internationally renowned, with Celtic Connections festival attracting people from all over the world on a yearly basis.

“There seems to be an endless queue of journalists and brands all hungry to be involved in parties here when it comes to techno and electronic music, but with jazz, it feels at times like we are fighting to be seen and heard.”

All of this makes Glasgow the target of a lot of the wider UK and international musical press, but there seems to be something missing when it comes to our jazz scene getting the attention it deserves. There seems to be an endless queue of journalists and brands all hungry to be involved in parties here when it comes to techno, electronic music and some of the other scenes, but with jazz, it feels at times like we are fighting to be seen and heard.

Glasgow’s jazz scene is still relatively young, with the jazz course at the Royal Conservatoire of Scotland having only been launched in 2009. Many of the musicians coming up through the Glasgow jazz scene have finished their training within the last decade. The young musicians who are coming through are forming bands and making music with outside influences, from hip hop to funk, from Afrobeat to neo-soul. 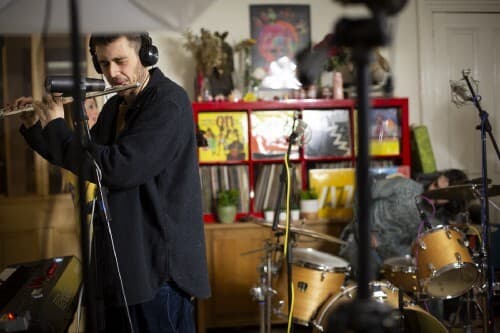 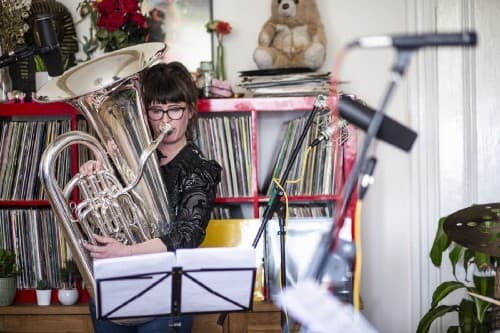 Having been here in the city since 2008, it has been a fascinating to watch the journey of the city’s jazz scene, which has developed and grown into this crazy melting pot of bands and musicians. Over the past 3 years, it has grown at a pace that I have never experienced before, and it has been mind blowing to watch. We are at a point now where things are really bubbling, about to pop, with some local bands having been signed. There is a new Glaswegian jazz label set to launch this year which focuses on the young people’s jazz coming from Glasgow and Scotland. Sometimes, it feels like each day that passes, there are two or three exciting new projects forming. I wonder where this is all going to go in the future and where we will be in another 5, 10 or 20 years time.

WW Glasgow, which has been running for the past three years, has been a place to showcase all of these amazing fresh bands, a platform for them all to perform in live sessions and showcase their new music. The show has been so well received by audiences outside of London, which makes me very hopeful. However, a lot of the festivals, press, and cultural programmers seem to overlook Glasgow and its jazz scene.

There are many logistical reasons for this, a big one being that we are so far from London. This makes it harder for London venues to book less-established bands without financial risk. However, this creates a vicious cycle, as artists need to be given opportunities in order to let them break through and thrive. How is a city supposed to be able to raise its voice if there are frustratingly limited amounts of opportunities available?

“The show has been so well received by audiences outside of London, which makes me very hopeful. However, a lot of the festivals, press, and cultural programmers seem to overlook Glasgow and its jazz scene.”

It needs to be said that the music industry as a whole has a responsibility to be more inclusive of other UK cities, not just London. With jazz thriving in Manchester, Liverpool, Bristol and many more, allowing space for these artists could help the UK jazz scene to grow. After all, the term ‘UK Jazz’ should be inclusive of all cities within the UK, not only our capital. Matthew Halsall has done this with his label Gondwana Records for Manchester. Liverpool has countless great parties and collectives playing amazing stuff, such as Anti Social Jazz Club. Bristol has the likes of Ishmael Ensemble, Snazzback, and Worm Discs have just released their compilation of Bristolian jazz, New Horizons. Abstract Orchestra from Leeds have been making some insanely great records. I was lucky enough to have supported them in Glasgow last year, it was one of the most jaw dropping gigs I ever saw, let alone participated in. It is frustratingly clear to see that there is a lot of outstanding jazz music happening outside of London.

In the smaller cities, there seems to be a beautiful feeling of community spirit, musical families all working together and helping each other, a collective fight. It somehow feels a bit disconnected to London. It feels like the London scene is one thing, and the smaller cities are separated. It would be absolutely wonderful to feel more connected and supported out here in the smaller cities. If the whole of the UK worked together, we could potentially create something better, stronger, bigger and more inclusive. 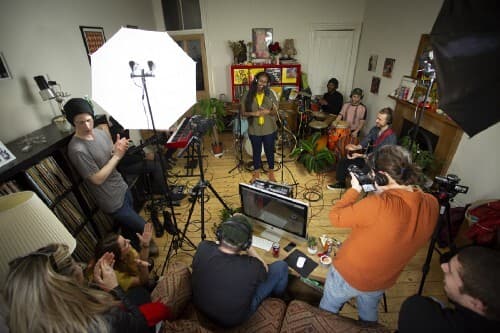 What the London scene has done is nothing short of remarkable. We are in a wonderful place right now and the whole world is looking on, marvelling at all of this new music coming from the UK. It has paved the way for this music that we love so much to be accepted by wider audiences than before, it has seen international festivals book jazz artists, when before they would have only had techno headliners. It has created the path for new generations of young musicians to follow, and for that, we are all eternally grateful. Perhaps the last piece in this puzzle is linking up the smaller cities, acting more as a UK-wide scene and allowing space for new bands from outside of London to add to this exquisite piece of musical history.

“Jazz is a way of life, and collaboration is a huge part of that.”

Jazz is (and always has been) about passion, collaboration, team work and community. For all of us who see this amazing music as a way of life, we would never have given up on it even if this explosion of popularity hadn’t happened. But now that it is here, let us use this opportunity as best we can. Let us keep collaborative spirit alive by supporting one another however we can and being inclusive and open minded. After all, jazz is indeed a way of life, and collaboration is a huge part of it.

“Let’s keep working toward making things better for those smaller cities that perhaps don’t have as strong a voice as they should.”

I want to close by saying that we are all in this together, as one big team. We all need to work together to make sure that everyone has a voice. In keeping with that, let’s keep working toward making things better for those smaller cities that perhaps don’t have as loud a voice as they should. I will leave you with some snippets of some of the amazing talent we have here in Glasgow. I encourage you to go and check out some of these records, and once we are able to travel, come visit us! Say hi, and see some of these guys and girls in their element — playing live. Stay strong. We will be all together again soon.

Perhaps more together than before.