As a radio station playing out jazz, funk, hip-hop and soul all day long, it’s no surprise that when Worldwide FM visited New Orleans three years ago to run some shows and meet some people, we also made some great friends. Charlotte Algar speaks to Brice Nice and DJ Soul Sister about the long-awaited curation of our recent WW New Orleans series, the pressures of living in a city with a world-famous musical history and the effects of the way the world is right now on creativity and musical tradition in New Orleans. 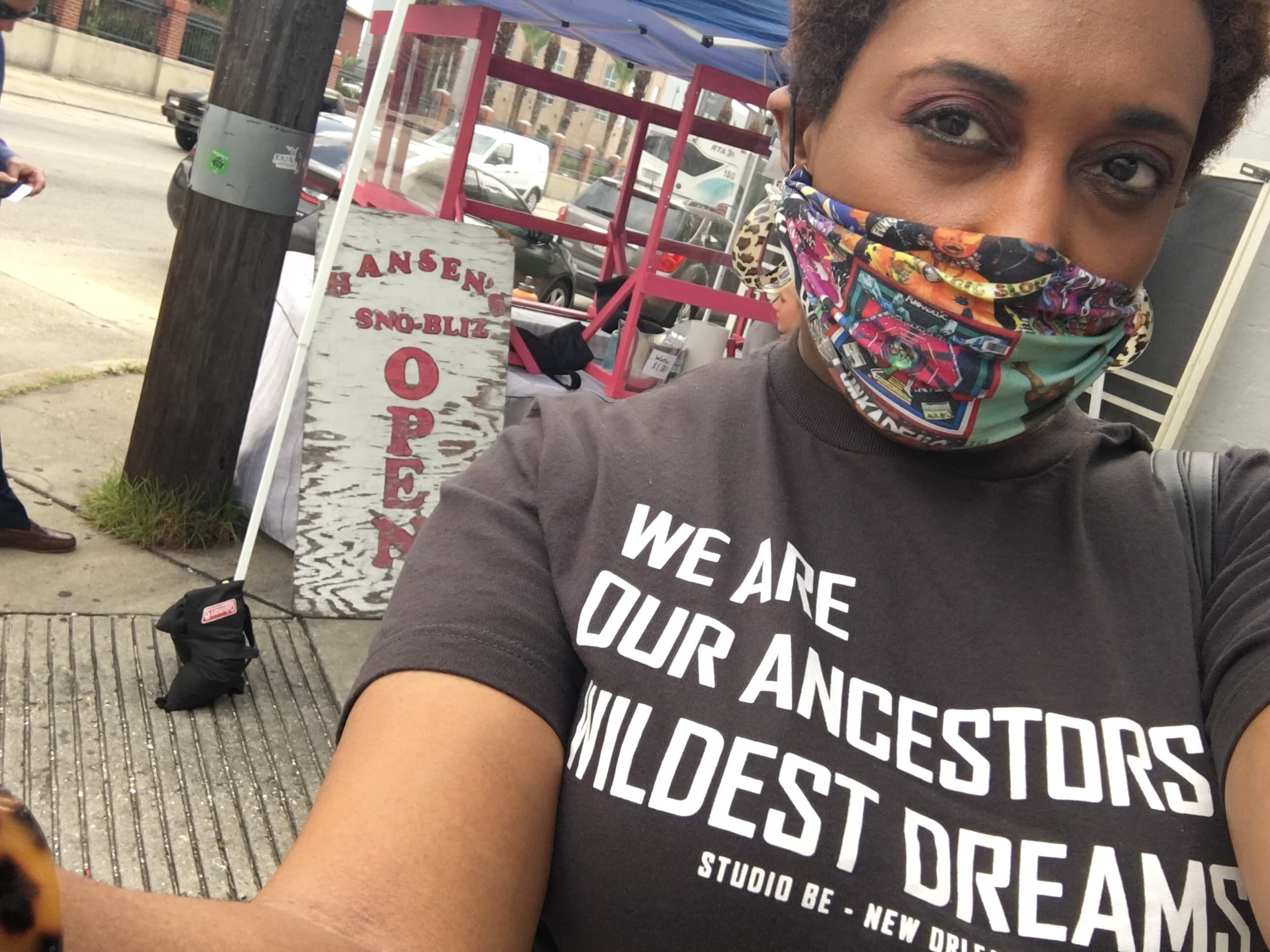 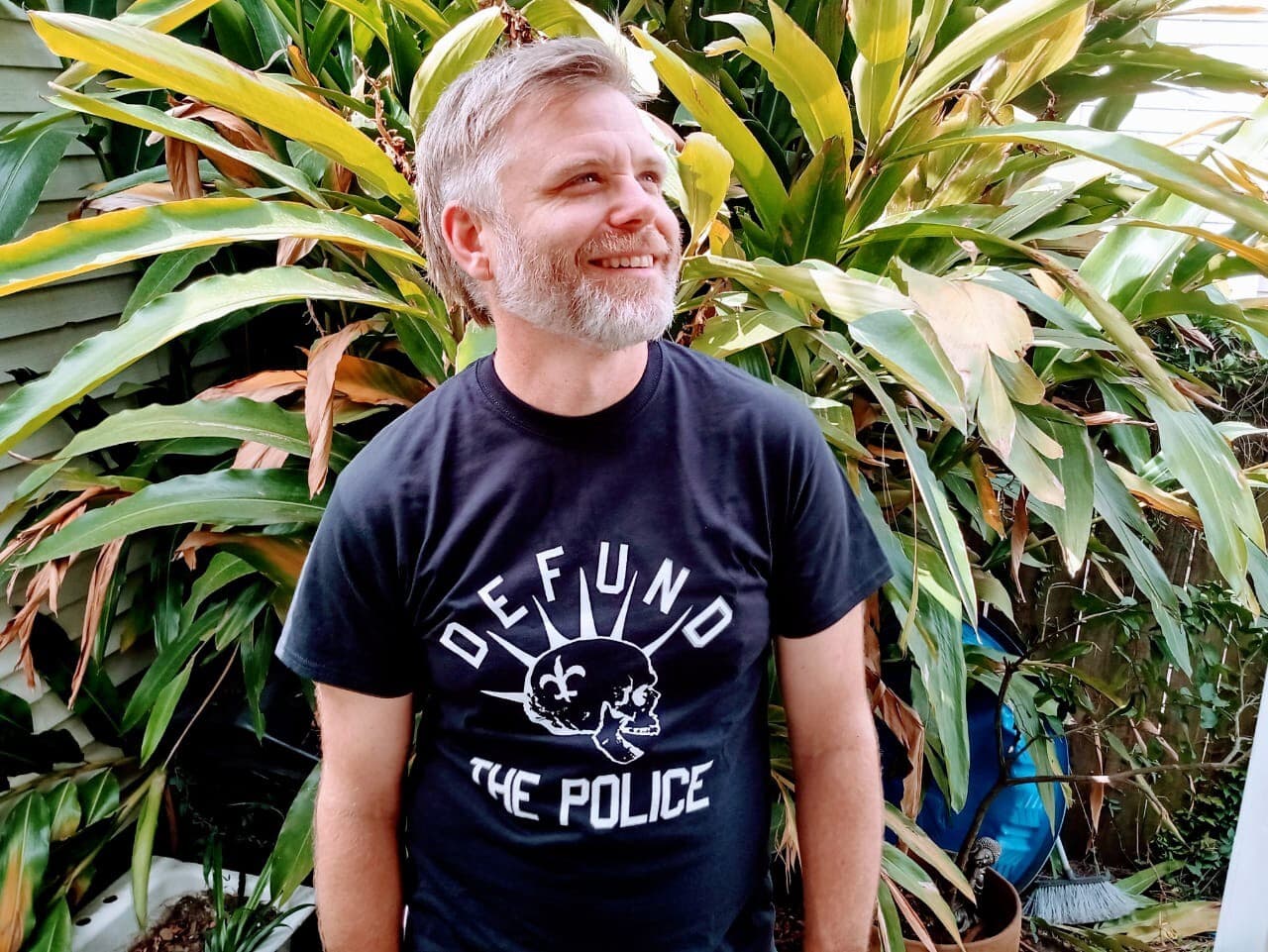 As with the rest of our WW *insert city here* shows, WW New Orleans was created to celebrate a place that bore the roots of so much music that we love here at Worldwide FM. Hailed by many as the home of jazz, soul, funk and some of the most exciting styles of hip-hop, a New Orleans focus was very much a no brainer for the programming team. The monthly shows so far have constituted four segments, an hour each from Brice Nice (Brice White) and DJ Soul Sister (Melissa Weber) respectively, followed by sets from two of their selected New Orleans DJs. We’ve heard everything from jazz, funk, second line, bounce, hip-hop, club and street sounds to great chat about the New Orleans scene today and of yesteryear.

I spoke to the pair on a three-way Zoom call. They are both working from home due to the COVID-19 lockdown, Weber is sat in front of ten or so crates of records, which she informs me is only a small part of her collection! Unsurprising, as she’s been collecting since she was six years old. Weber is a celebrated local DJ, having programmed for WWOZ FM for over 25 years, and is the founder of the oldest rare groove radio show in the US, Soul Power. She is an MA Musicology student at Tulane University and has presented at a swathe of international music studies conferences. Her fountain of musical knowledge, unlike many other academics in her field, is plumbed into real-life, place-based experience. For us, this makes her radio contributions invaluable. She says, “Everything I play is informed by my being a native New Orleanian, also by my collecting of music over my entire life. What you hear on my show is not from 100% New Orleans musicians, but it represents me and my soul as a New Orleanian”. This very much sums up the mood of WW New Orleans, which spotlights collaboration, musical tradition and the unyielding commitment to self-expression in a city that has faced so many troubles. She says, with a small smile: “And anyway, it bears repeating that all we know as popular music today, the foundations of that come from New Orleans.” White goes on to explain how the two DJs found each other: “I started listening to Melissa’s show at least 20 years ago. On a Saturday night, whatever me and my roommates were doing at the house, we would always tune into the Soul Power show. Melissa’s kind of a legend. We finally made a connection and I started subbing her radio show when she was out of town. Over the years we’ve played together countless times, we talk music, records and everything else.” Their likemindedness is evident throughout our conversation. It’s refreshing to hear DJs with an effusive, unbridled enthusiasm for their home city. Rather than adhering to an outside aesthetic of what their city represents to garner popularity, or play ‘what the people want’ from New Orleans, they’re on a quest to dismantle the pigeonholing and reductionism surrounding what New Orleanian music really means, both to inside and outside listeners.

New Orleans musicians and creatives face a struggle when it comes to developing culture and getting new music out there. Coming from a place with such a rich and well-known history, it’s sometimes difficult to break away from the image of what New Orleanian music should look and sound like. This is a notion that will be familiar to any sort of jazz fan. I once met a music journalist who thought that all jazz performance was merely historical reenactment (I know), and it seems that in a place so crucial to the development of jazz (and many other genres) this purist ideal is even more prevalent. Weber says: “There are some old-schoolers or hard-liners that will say that contemporary New Orleans music is not New Orleans music, and it is time to change that narrative.” White adds (referring to Weber’s academic work), “Melissa, you’re in this work every day so you experience it, I think, in an extreme way, it’s definitely an old-guard kind of protection of a certain version of New Orleans that might not have even been historically true, but is sort of the tale that’s told to the outside.”

The damaging effects of attempting to perpetuate a certain image of the city, the one that music fans might glimpse through books or documentaries, or students through academic literature, is illustrated by a key point that Weber makes about Mardi Gras Indians (also called Black Masking Indians) in New Orleans. She says: “What about the 79rs Gang? That’s a synergy of the traditional Mardi Gras Indian music with contemporary sound, done by young people in their own way. I’ve seen some postings where people are saying that it’s not real New Orleans music, but it’s created by the Black Masking Indians themselves! We don’t need to tell them what their music is.” The extract on the 79rs Gang Bandcamp page reads “Big Chief Romeo from the 9th Ward and Big Chief Jermaine from the 7th Ward put their territorial differences aside to make beautiful music,” describing the friendship between two wards and inspiring togetherness, their newest album combines traditional Mardi Gras sounds with modern production. Adapting traditional music for the present day–perhaps out of personal expression, perhaps out of conservation efforts to popularise (even more than already) traditional music for new generations–couldn’t be more New Orleanian in spirit, yet those negative voices are still out there.

These purist ideals are also hurtful for the New Orleans club scene, which despite having a huge impact internationally, is overshadowed by the notion that New Orleans is for jazz and second line and thats it. White says, “With New Orleans rap music and bounce, then we have a lot of hardcore New Orleans rap like Cash Money and No Limit. Now people know it more, but these are all part of the same organic origins of New Orleans music. New Orleans music has constantly evolved and changed and grown — it’s a dynamic thing but it’s not always necessarily reached as wide.” One can only hope that this discouragement is ineffective against new artists and ignored by record labels.

“The music of New Orleans is lived constantly and it is not able to be lived in the same way right now. It’s hard to over state how significant that is. But I guess we’ll learn and adapt because New Orleans always does.”
Brice Nice

Another thing we hope doesn’t have a lasting effect on the New Orleans scene is the COVID-19 lockdown. I ask Weber about it’s effect on the scene thus far. She laughs. “There is no more scene. Am I being doom and gloom when I say that? Absolutely. No more gatherings, no parades, no concerts, no DJ sets, no band sets, no second lines. People might do it but whether or not the cops are gonna shut them down is another thing.” This echoes the musical situation in many other parts of the world, but this is so much more of a blow in a place that is steeped in music as a means of cultural expression, socialising and finding joy. “There is also a decree that says dancing is not allowed in public places. You cannot gather to dance. This is 2020 in New Orleans and we’re not allowed to dance. I’ve never heard of such a thing in my life.” A large part of my own musical community in London is taking the view that it is unreasonable to reopen pubs and restaurants, but not allow musicians to perform there, or even in outdoor spaces, and take a wage. It points to the government’s lack of support for the arts and understanding as to the importance of social music-making. I ask if the mood there is similar. Weber replies, “I saw a news article the other day saying that local and state officials were gathering to discuss the possibility of having having Mardi Gras in 2021. I don’t think that should be a discussion until we can start talking about how to restore music. If I can go to restaurant or a gym right now, if I can go to the mall, then why, in the home of live music, can’t music be part of this conversation?”

This seems to be an increasingly damaging decision as White explains the city’s heavy economic reliance on tourism. With thousands of visitors every year expecting to see brass bands, live jazz, music on the streets and Mardi Gras itself, it is dangerous that the government is focused on Mardi Gras and street music returning for next summer, but unwilling to support the musicians that make New Orleans culture now. White explains: “We have one of the lowest unemployment payouts in the US. People do not have a safety net. We don’t have healthcare for these folks. People are expected to create culture and keep this image of New Orleans going, but there’s no investment in it. This is a constant tension that we have to deal with on a daily basis, but in normal times people can hustle up their income through the streets through clubs. We lost a lot of people after Katrina, and we now risk losing those people that make the culture what it is, particularly black New Orleanians.”

“We’ve finally taken down some of the biggest monuments to confederate leaders. Does that mean a whole lot? It doesn’t mean everything, but it means something.”
Brice Nice

As for the recent flare of BLM activity after the murder of George Floyd, many protests around the world have been fuelled by a heartbeat of black music. In London we’ve seen sound systems, steel bands, samba blocos, but in the home of so much black music, this is prohibited. White speaks on this, “In New Orleans and the surrounding parishes, the police have killed a lot of people and there’s been no recourse for that. It ties in with everything else we’ve said, we don’t have basic supports for folks. But there have been people agitating constantly, whether it’s now after George Floyd or prior to that, it’s just that the momentum has gotten bigger now. We’ve finally taken down some of the biggest monuments to confederate leaders. Does that mean a whole lot? It doesn’t mean everything, but it means something.”

Overall, music and the people that make it are under strain. It’s a big problem that threatens the safety and wellbeing of people that maintain a culture that is celebrated worldwide. But in a city that has pulled through so much strife, there’s always hope. White says, “The music of New Orleans is lived constantly and it is not able to be lived in the same way right now. It’s hard to over state how significant that is. But I guess we’ll learn and adapt because New Orleans always does learn and adapt.”

You can tune in to WW New Orleans on the first Tuesday of every month, or listen back to the whole series so far here.