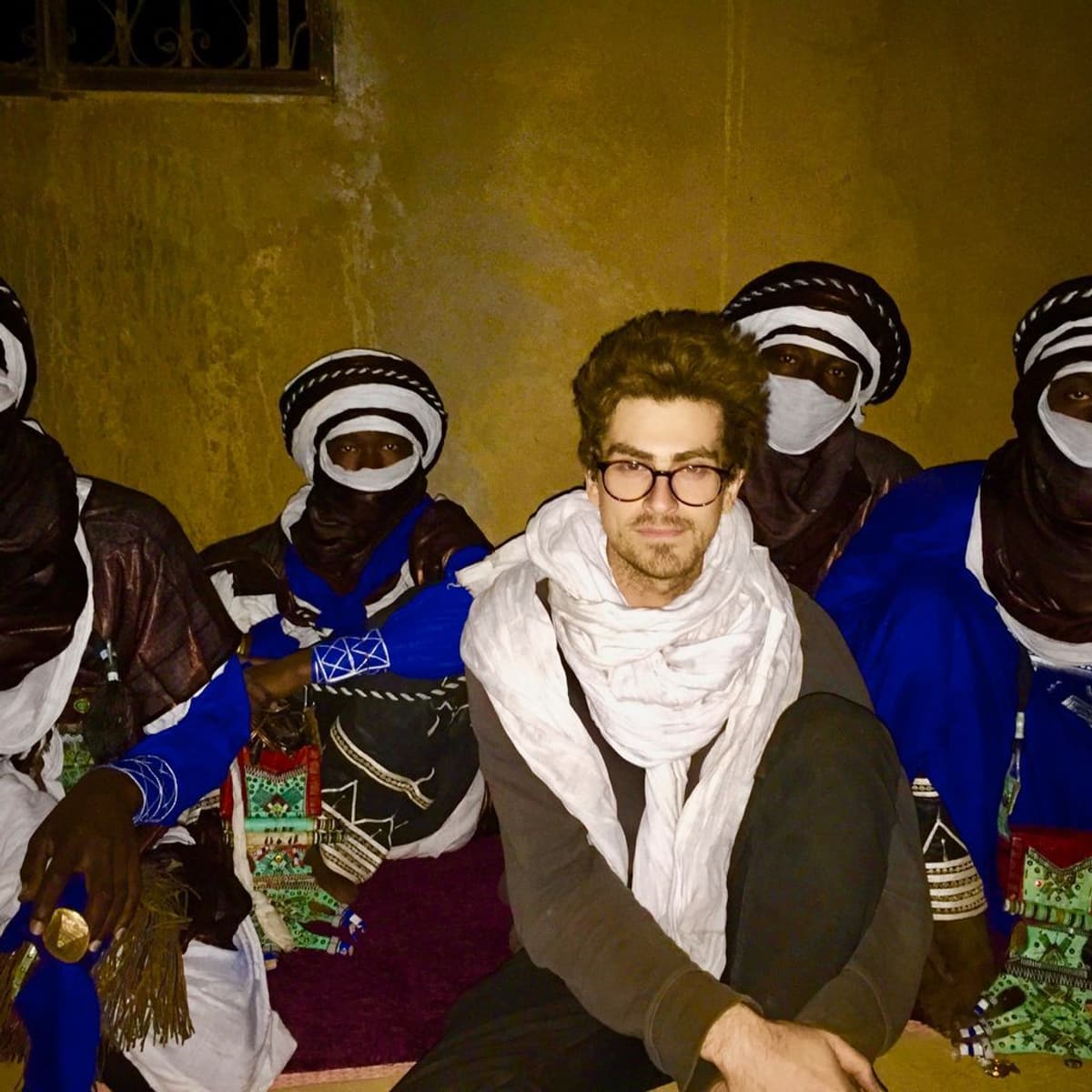 Zel Zele boss and Turkish record collector Debora Ipekel showcases curious grooves from around the world. New York based musician/composer/producer Mikey Coltun plays the bass guitar with Tuareg musician Mdou Moctar, singer-songwriter Steve Gunn, was apart of Janka Nabay & The Bubu Gang, and leads a band called Les Rhinocéros, a band blending aspects of jazz, rock, noise, ambient and global sounds with releases on John Zorn's Tzadik label. In his guest hour (2nd part of the show) Mikey shares a mix of recordings he collected in Niger and Mali, from WhatsApp voice recordings, cassettes and music from wedding bands to field recordings he did and jam sessions he played with local musicians. Make sure to check out the tracklist to learn more about the incredible story of each recording. Tracklist: https://worldwidefm.net/show/debora-ipekel-with-mikey-coltun/

Jazz
Mali
Niger
1: Wodaabe men in Tamaya - Northern Niger in the Agadez region. Recorded in October 2018. Ahmoudou Madassane (Mdou Moctar, Les Filles De Illighadad, Zerzura) and I were on a long drive from Niamey to Agadez. At the start of the trip, I had told Ahmoudou that I would love to see to a Wodaabe ceremony—a ceremony in which men paint their faces like birds chanting in a circle while showing their white teeth and their eyes moving from left to right in a trance. The ceremony is where the wodaabe woman choose the man they’d like to be with romantically. After we stopped in Abalak for a day, Ahmoudou got a phone call with directions to a ceremony happening the next day.
2: Etran De L’air is the longest running wedding band in Agadez. They are the sound of Agadez. This recording is from an album they did at an Agadez studio.
3: This was sent over to me via WhatsApp. Autotune is big! Ahmoudou Madassane identified him as his friend called Ousman.
4: One of the many cassettes I got in Bamako, Mali, the last time I was there in 2017. There’s a tiny shop in Bamako filled with dusty old cassettes called ‘Mali Retro.’ This is Tou Diakite.
5: The first time I went to Niger, Mdou Moctar and I were playing 3 weddings a day for about a month. At the last wedding we played, there was an amazing Takamba group—we’re still looking for these musicians! Takamba is the ORIGINAL Tuareg music as Mdou puts it. This Takamba was played by 2 calabash players and one teheredant Ngoni player. These three guys rolled up on two motorcycles, brought their own huge loudspeaker style PA, and ripped that wedding!
6: Another WhatsApp find. This is Albachir De Tchiro. Track 7: Etran De L’air. This is a recording we did at their home in Agadez, Niger in October 2018. It started with the 5 of us sitting around, switching off instruments. As the session progressed, more and more people joined in—clapping and singing along. The session went until the generator died. Amazing band.
7: This is Tchingou, a young twenty-something Tuareg guitarist and composer.
8: These are various artists from Kita, Mali. Recorded on my first trip to Mali with Cheick Hamala Diabate at the beginning of 2012. When we arrived to Kita, Cheick’s family put on a festival at his brother’s music school.
9: Amaria Ahmed is an incredible guitarist from Agadez, Niger. She is one of two female guitarist in Niger—the other being Fatou Seidi Ghali. Amaria and Fatou both play in Les Filles De Illighadad. One late night in Agadez, Amaria, myself, Ahmoudou Madassane, and a drummer named Lalo recorded a bunch of Amaria’s songs. We hope to release these soon!
10: This is Ahmoudou and Abdoulaye Madassane. This is from an upcoming record we recorded at their home in Agadez as the sun was going down. Ahmoudou and Abdoulaye are mostly known as rhythm guitarists in Niger but it’s cool to hear them step out of the backing musician role on these recordings. A beautiful record soon to be released!
11: Issouf Derhane writes beautiful songs. He’s a Tuareg born in Libya who travels back and forth to Niger.
12: Chieck and Vieux Niang. Brothers that I met in Mali when I was there with Cheick Hamala Diabate in 2017. They both played with us in Cheick Hamala’s band at the Segou festival that year—Cheick Niang was on guitar and Vieux Niang was on calabash. One night at 3am, Chieck and Vieux came over to record their arrangements of traditional Malian tunes.
13: This is from a cassette I got in Mali. Artist unknown. It’s from the 1970s.
14: This cellphone recording of the old-school Tuareg music—tende—recorded on a cellphone, was made popular via WhatsApp. Traditionally in Tende, women play and sing while the men dance.