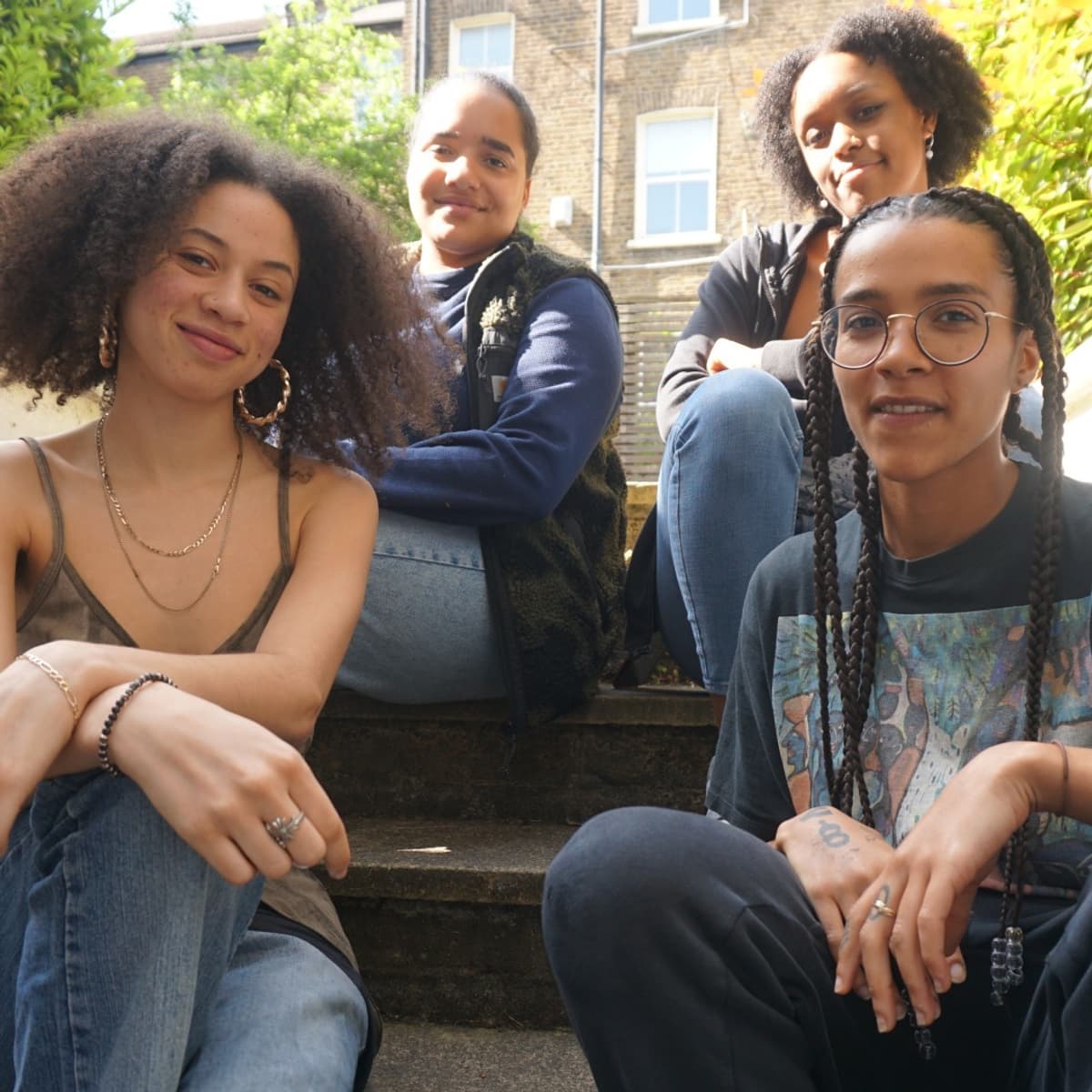 Creole Cuts are an all-female creative collective inspired by the Caribbean heritage that unites them. The London-based trio champion the sounds and stories of Africa and the diaspora, whilst always embodying radical black joy.

Charlie is a videographer, artist, stylist, documentor and observer. Though this, she seeks to understand and reinterpret a new ‘natural world’ from fragments of audio/visual pop cultures and schools of thought primarily of diasporic origin.

They will be playing a range of Refixed chopped torn echoed and screwed sounds to bring an element of punk and hypnotism to 90s rnb and hip pop genres. She sees the importance in combatting the information we forcibly ingest through News, Socials and Advertising by collating and making new works through sound and visuals to find a space to exist in outside the realms of western allegory