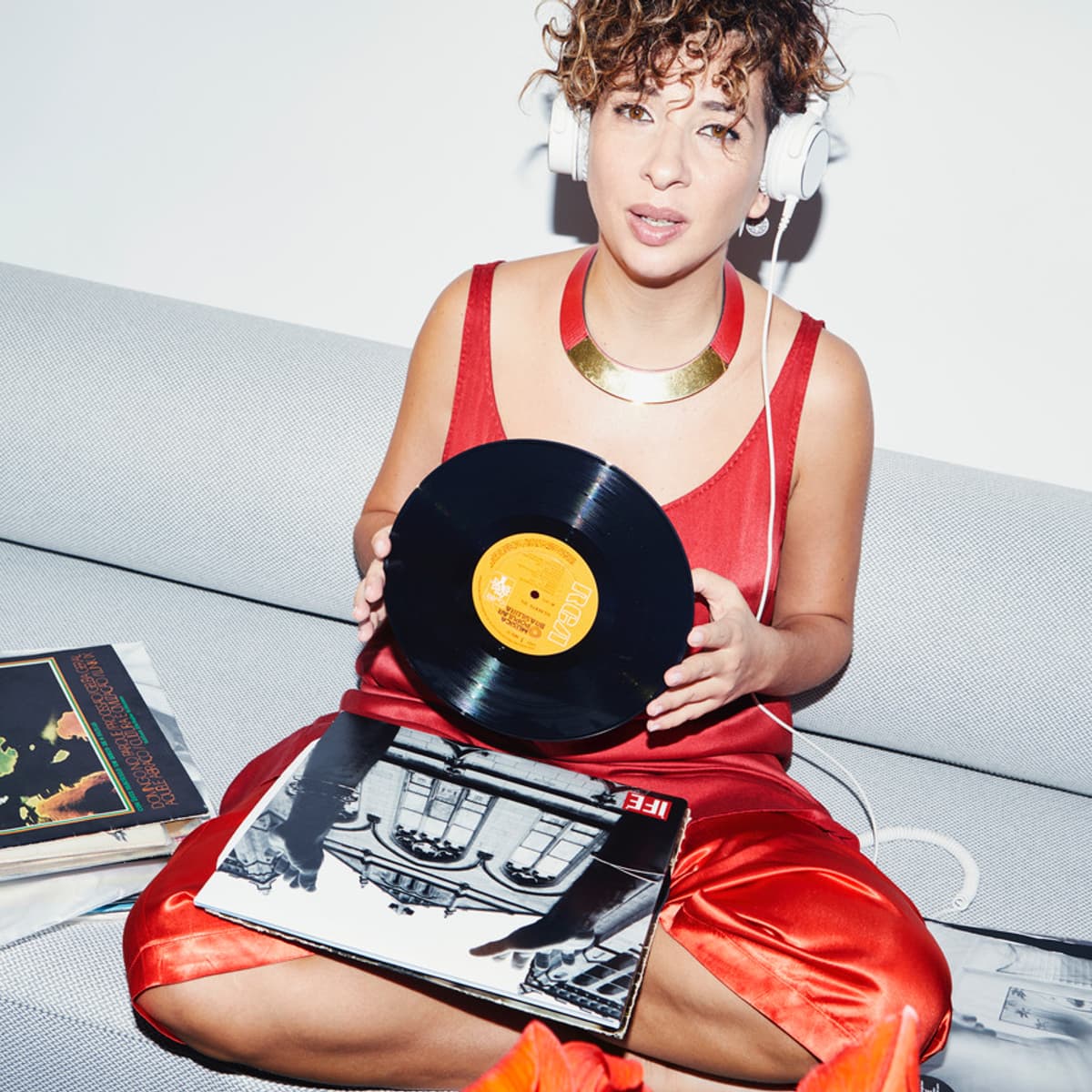 Check out the broadcast from WW Dubai with Megatronic who is a culture producer, DJ and a music enthusiast specialising in conversations and musical trends from around the world.

Each month, her show Global Music Movement invites special guests from the MENA region and the diasporas to have insightful conversations about the reimagining of musical heritage to reflect what’s happening in the region.

This month GMM welcomes a special guest Shirine Saad is a Beirut-born multimedia storyteller, programmer and DJ focusing on culture and social change. She teaches Arts Journalism and Criticism at Brown University’s Arts Initiative, and is a curator-in-residence at Brooklyn venue Public Records. She also runs the Gyal Tings! DJ learning series for BIPOC women, nonbinary and LGBTQ folks and Hiya Live Sessions.

Hiya Live Sessions 2.0 presents a global programme of events launching in New York and London in May 2022 and continuing in Beirut and Cairo later in the year. The series explores futurism and mystical radicalism with a lineup of womxn artists from the SWANA region and beyond.

Hiya Live Sessions celebrates radical womxn artists, DJs and poets on the front lines of sonic and rhythmic experimentation. In 2022, Hiya presents its second edition Ghazal: Neo-Mystics with a multi-city programme of concerts and clubnights, connecting underground movements in the SWANA region, diaspora communities and around the world.

In The Arab Apocalypse (1980), the late Lebanese-American poet Etel Adnan created a post-modern reflection on violence and chaos, employing cosmic imagery to connect movements of protest, destruction, feminist and Queer emancipation around the world. Now, in the tragic wake of failed states and revolutions, a new wave of solidarity has risen from resistance movements fighting patriarchal and colonial systems. A renewed aesthetic of futurism is rising as artists process chaos and trauma into transformative narratives, exploring ancestral traditions - from Sufi poetry and spirituality to mythology, maqam and percussive rituals - with bold new interpretations ranging from Free Jazz to Techno.

Our second edition of Hiya, ‘Ghazal’, is inspired by these alchemies and their ancient poetic legacies. The ghazal is a form of music and poetry that originated in the Arabic-speaking world in the 8th century, later travelling to South Asia and Iran. Its verses ruminate around loss, separation and longing, the beauty of love, mortal and divine. Hiya 2.0 celebrates interconnected expressions and trance practices, activating a magical space for resistance, healing, community, reckoning, rage, ecstasy, and liberation.

In March 2021, Hiya launched its debut edition, a two-day music marathon that echoed the dissonance and DIY energy of the SWANA underground with 21 performances by the region’s leading artists. Watch last year’s edition here.