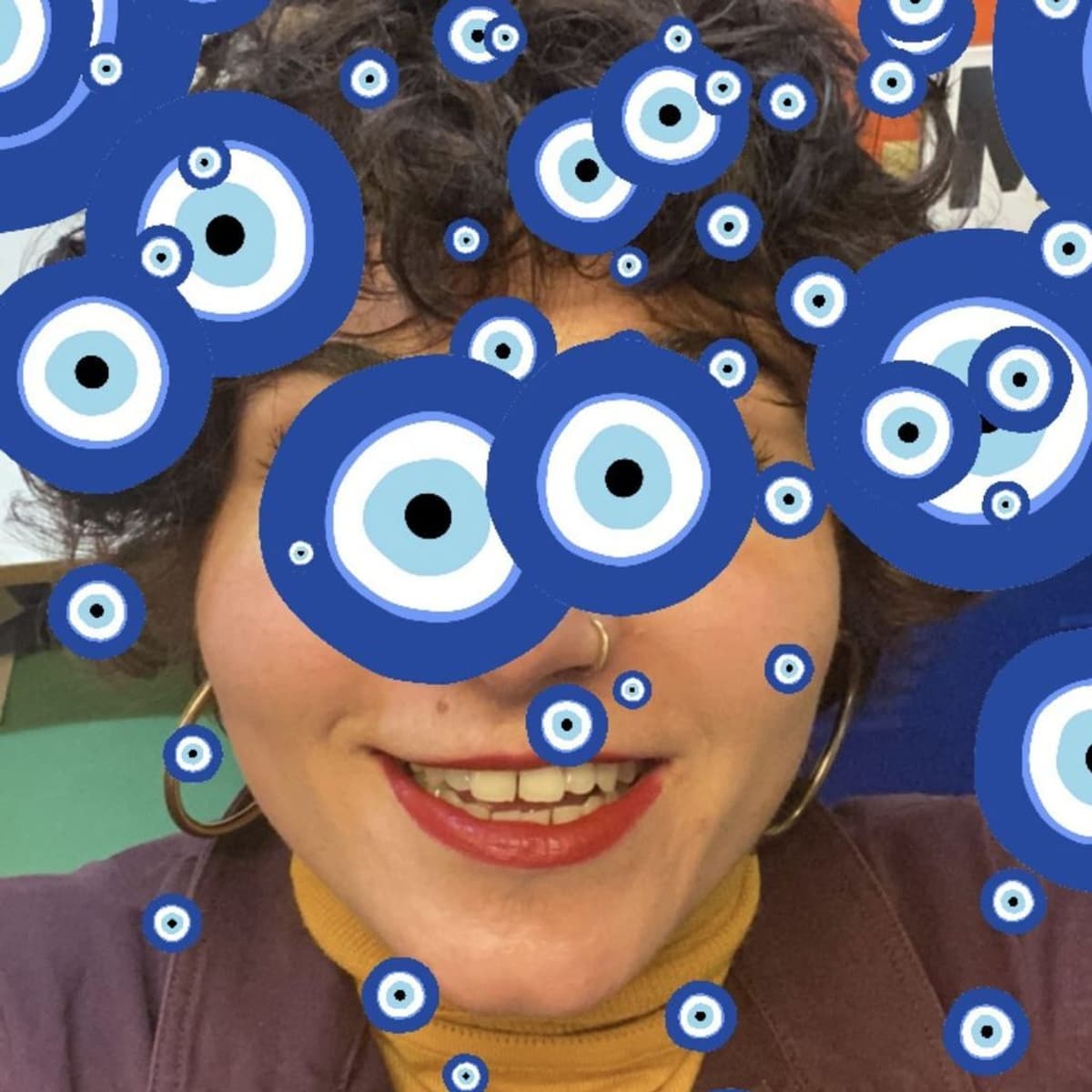 Tune in for the Nelly Boum Show presented by award winning director and experience designer Nelly Ben Hayoun. A monthly show to discover change makers activating systems from within. With a focus on North African and Caucasian music and experts (but also showcasing international talents), The Nelly Boum Show is a series of inspirational, quirky and funny interviews- and brilliant music-specifically tailored for content creators and independent thinkers and makers of new worlds. Every month, the Nelly Boum Show unravels a theme and explores it in a multiverse of possible new futures - we listen and discuss economy, politics, and other systems as we know it through music. Along the way, interviewees share their methods, and models and how they got to do what they are doing.

This month we discuss all things blue eyes!

Did you know that only between 8 and 10 percent of people worldwide have blue eyes? That night vision is often better among people with blue eyes? That blue eyes glass beads can protect you against the evil eye?

Have you ever wonder about the texture of blue? Blue and its relationship to non-humans.....aliens, even.... perhaps? Find out what it takes to have blue eyes in 2020 - talking all things icons with your (blue) eyes in this new show.

- Creator of brand Harem London with her sister, fashion designer Duygu Dee Ozturk who presents how she uses traditional dyeing techniques from Istanbul to make blue garments, and how she uses evil eye beads in her work.

- Chicago based filmmaker, programmer at TRUE/False film festival and co founder of the Black Radical Imagination collective Amir George who is sharing some insights into his new film focusing on the color blue.

- Performance artist and poet discussing post-human perception, Himali Singh Soin who is talking to us from the top of volcano about her experience working with ice and the sky and the colonial implications of the color blue.

- Orthoptist, Sharon Shakeh Major Tchilingirian who tells us what is original about blue eyes, and how long it takes to know that your baby has blue eyes (or not....!)

- Spoken word poet Otis Mensah who is making its return to the Nelly Boum Show to share a text he prepared on being a mum's house philosopher and blue eyes.

- David Batchelor, colour expert who is sharing the linguistic complexities and textures in color.

- and finally we meet with Nelly's neighbours, Award winning Author Marianne Power and Set Designer/Art Director Thomas Petherick who tell us about their experience having blue eyes and red hair.