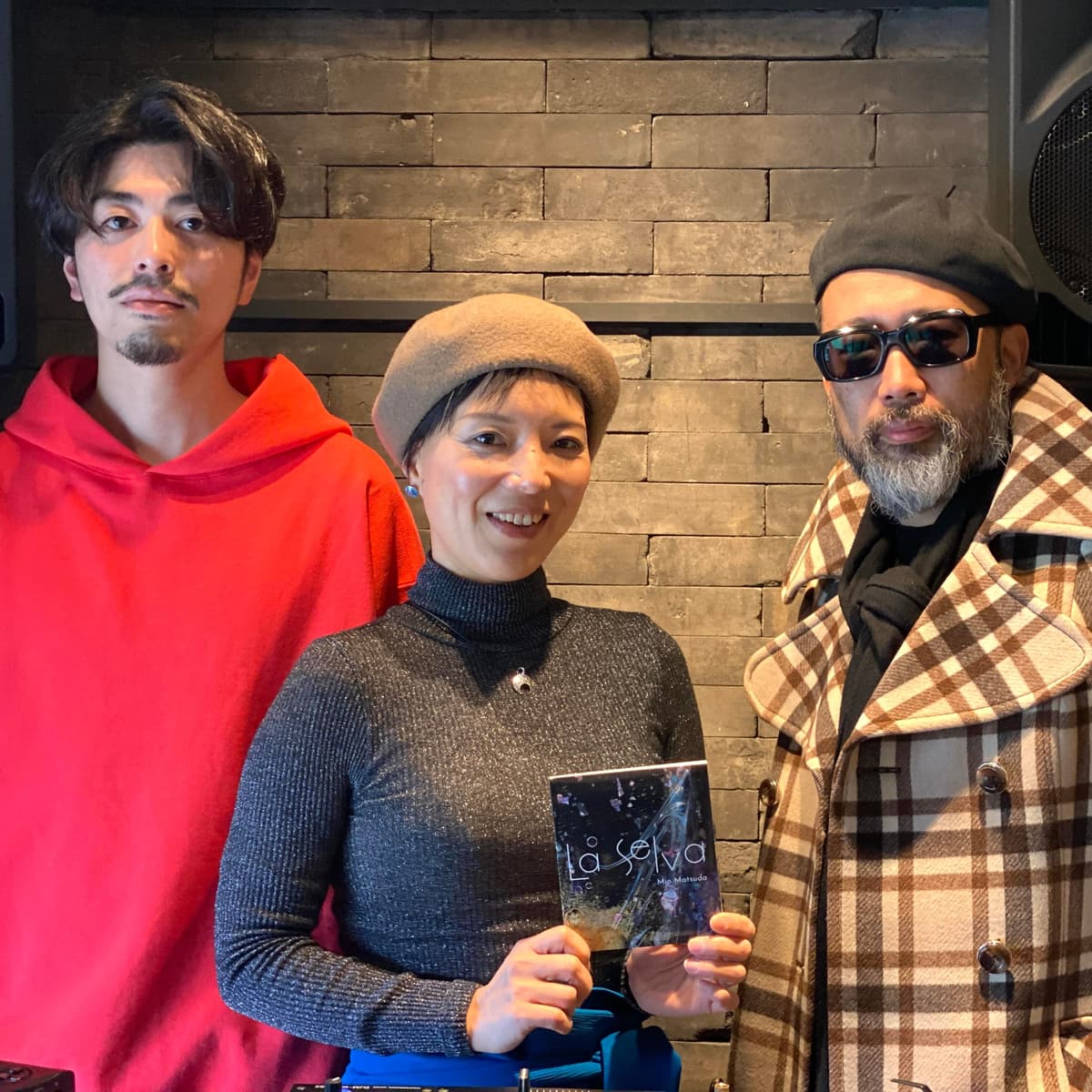 They are joined by Mio Matsuda who works on discovering old folklore of Japan and her CD Book “Creole Nippon”. She started singing fado in her late teens and moved to Portugal to sing fado. Then she traveled physically and musically through Portuguese-, Spanish-, and Creole-speaking regions of the Atlantic Ocean and developed her unique borderless and dynamic style of singing. After recording her first album “Atlantica” in Rio de Janeiro, Brazil, she has collaborated with many musicians from South America and Europe. Among them is Hugo Fattoruso, a legendary artist from Uruguay, with whom she currently produced her new album “La Selva”.