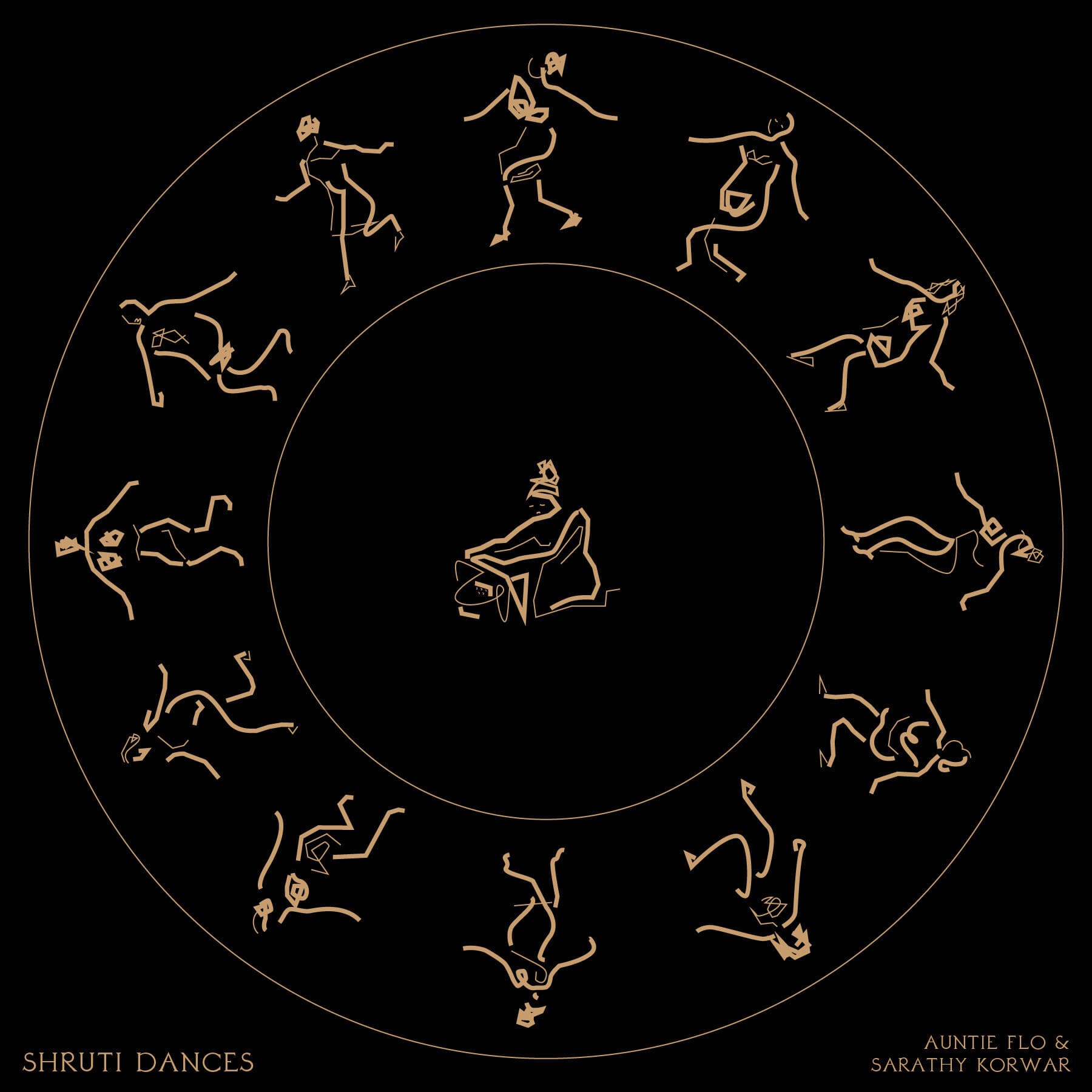 One an elemental force on drums, the other on the decks, London-based, Indian-raised drummer/composer, Sarathy Korwar and Scottish-Goan producer/DJ, Auntie Flo first connected back in 2019, unaware both were navigating opposite ends of the beat equilibrium. Where Auntie Flo (aka Brian D’Souza) was new to Korwar’s reimagining of jazz, Indian classical music, electronics and spoken word, Korwar was already a big admirer of Auntie Flo’s intl-facing club output, having first discovered D’Souza’s Rainfall On Red Earth off his Soniferous Garden 12” and 2019 SAY award-winning (Scottish Album of The Year), Radio Highlife. Once properly acquainted, Korwar invited Auntie Flo to remix a track off his landmark 2019 album, More Arriving, described by The Guardian as “a stylistic leap from jazz to hip-hop to spoken word…a protest record encompassing the breadth of immigrant experiences”.

The seeds of an unlikely yet powerful musical bond had been sown and when mutual friend, co-founder of Mixcloud, and Make Music label organiser, Nikhil Shah, asked the duo to inaugurate the label’s new live/electronic direction (previously home to Leon Vynehall, U and George Fitzgerald), Korwar and D’Souza hit the studio. Expanding on early conversations around traditional Indian instrumentation, practicing meditation and improvisation, Shruti Dances (a riff on free dance movement, Ecstatic Dance) was born. Meaning 'that which is heard' in Sanskrit, shruti refers to a note in musical terms, but in this case also references the album’s most prominent influence and instrument, the shruti box.

“The shruti box formed the basis of the sound of the project. It’s a drone instrument, similar to a harmonium, and it makes an amazing sound. I’ve spent the last two years studying sound therapy, and immersing myself in ambient and drone through the Ambient Flo project, and am particularly interested in how they can induce meditative states of consciousness. I was really excited to hear what the Shruti box could do with this album.” Auntie Flo 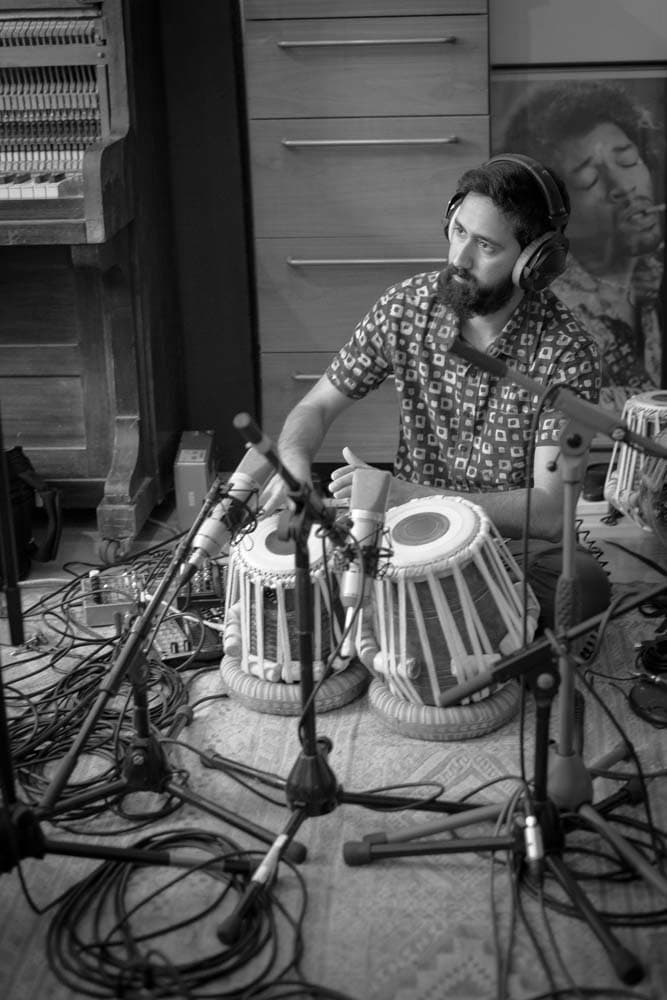 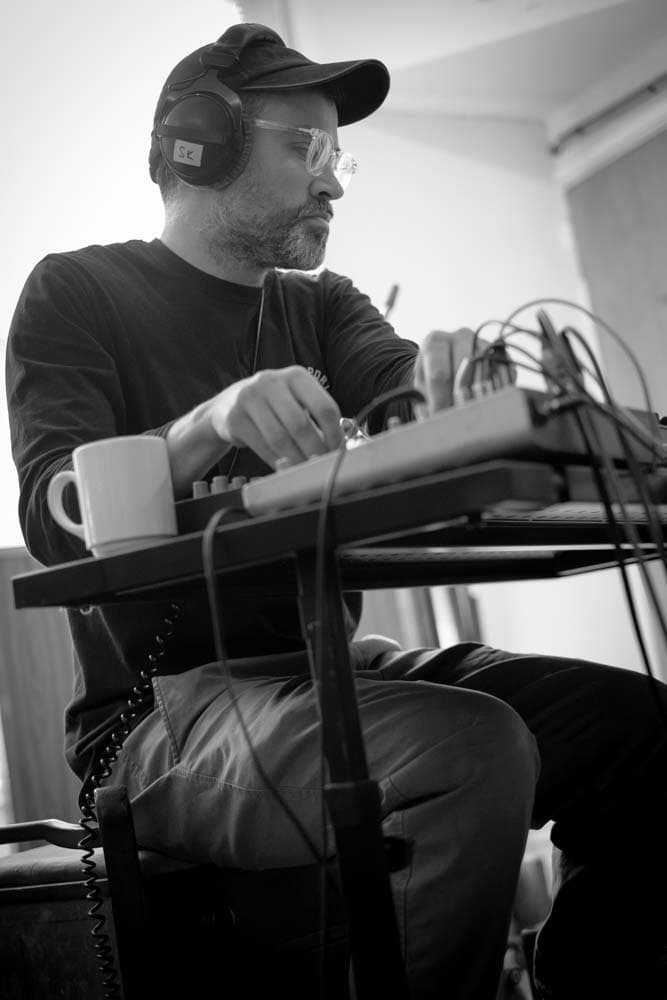 Across six tracks, (each named after 6 of the 7 main musical notes in the Indian solfege system), Shruti Dances draws on a celestial mix of traditional percussion and processed digital effects. On opening track Dha, Korwar’s sparse tabla rhythms hop across D’Souza’s scattered, arpeggiated synths, whereas on Pa, a Balearic shuffle channels Moroccan Gnawa music and Senegalese sabar meets Mark Ernestus’s Ndagga Rhythm Force. Harmonic speed tabla and roaming drones provide a sense of the ethereal and fourth-worldly on Ma, a track that’s resplendent, curious atmosphere would fit snug into the deep listening-focused programming of Auntie Flo’s Ambient Flo online radio station, a curatorial platform and avenue exploring his interest/promotion of mental health, launched over the UK’s first lockdown. Ni sees Korwar pick up the sticks, thrashing toms in a spirited frenzy, whilst downtempo album closer Sa offers some room for reflection, its slow, swirling chords cloud our focus, leaving us with all but the distant sound of birdsong.

In 2021, the project was given its live debut at Dialled In – a new festival celebrating South Asian creativity, co-organised by trailblazing dance/art collective, Daytimers, raising questions around the nature of their collaboration, and definitions surrounding South Asian music.

“Part of the reason why we wanted to work together was that ‘South Asian’ meant very different things to us personally. South Asian as a construct can be both powerful and reductive. Ultimately, it should broaden people's opinion on what South Asianess can be and hopefully, this record (along with all our other work!) does that.” says Korwar. D’Souza adds ”I haven’t spent a lot of time exploring my Mum’s South Asian roots. Half my family comes from Goa, but most of them were brought up in Kenya before coming to the UK in the 70’s. Identity is something that can be difficult to talk about, but working with Sarathy in this project gave me a space to do so, which I’m grateful for.”

Korwar’s start on the bandstand and D’Souza’s on the sticky club floor might hint at an unlikely union on paper, the duo’s understanding of tempo, lineage and rhythm, results in a pulsing reinvention of traditional forms, unique to much that has come before. Press play and hear the shrutis dance.

The cover art for Shruti Dances was created by Sijya, a digital artist, graphic designer and music producer from New Delhi, India.

This stunning artwork embodies a deeper meaning as Sijya explains: "the approach to the artwork was to do a contemporary take (in my own jagged digital line style) on a traditional Indian folk art style (Worli). It was important to depict the confluence of the ancient and the current, that can be heard in the music, and also perhaps in discovering a south asian identity, with many years of artistic development lost in the middle thanks to the overbearing effect of colonialism.”

Sarathy Korwar and Auntie Flo both have monthly shows on Worldwide FM - don't forget to check their archives on our website. Auntie Flo has premiered songs from Shruti Dances on his latest Ambient Flo shows. 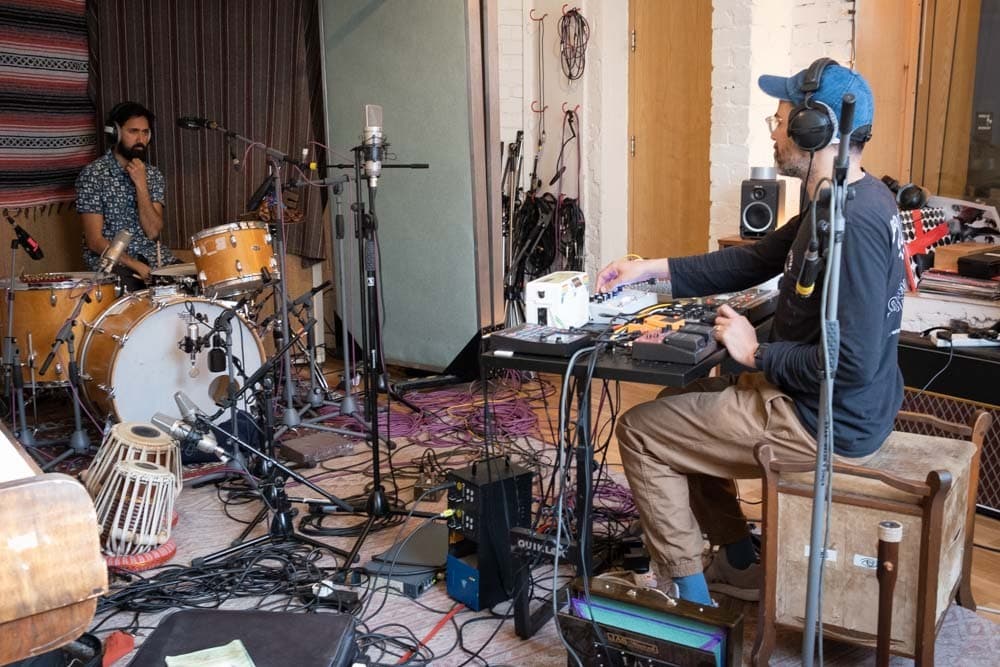 WORLDWIDE Family members get 10% off!